It took only seven days to close a timely $12 million loan from Kennedy Funding, a direct private lender based in New Jersey. Shores of Paradise, LLC has acquired an 11.979-acre tract of land in Biloxi, Mississippi, for a 476-unit resort community. The tract is on the north side of popular and well-traveled Beach Boulevard, with unobstructed views of the Gulf of Mexico. When complete, the Shores of Paradise project will boast 452 condominium apartment units in an 18-story tower, 24 townhomes, tiki bar and grill, on-site convenience store, heated pools, hot tubs, sundeck, a professionally equipped fitness and aerobics center, shaded cabana areas, and meeting/conference space. 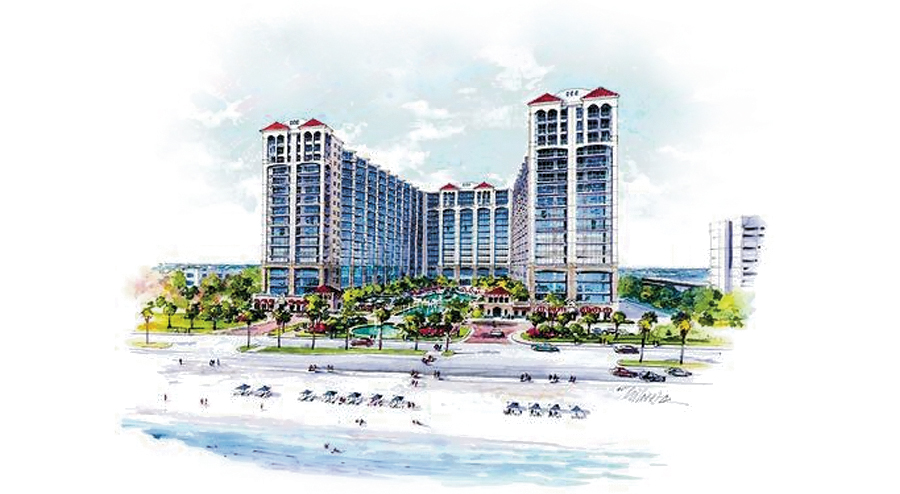 Just a short time ago, however, developer Jerry Wallace wondered if it would ever happen. When Katrina hit, the entire area was destroyed, and it became necessary to demolish the destroyed structures on the land in order to begin development. Wallace had been spending money monthly in order to maintain the contracts on the property — one of which was due to expire. In short, Wallace needed a substantial loan quickly and didn’t know where it was going to come from, because no lender seemed able to deliver.

Kennedy Funding proved to be the notable exception, providing the much-needed $12 million loan that will allow Wallace to acquire the property, complete the demolition of existing structural remains, and move forward with the completion of the Shores of Paradise project.

Kevin Wolfer, CEO of Kennedy Funding, was instrumental in the transaction. He sees post-Katrina Biloxi as a land of opportunity, a kind of vacant beachfront town with zoning in place for development. “Even though Katrina caused a lot of destruction,” he said, “it also conversely created a wealth of opportunity in Biloxi. Prices for land have not suffered, but have remained at or above pre-Katrina levels. So helping those in need to invest in the area today is simply good business – both for us and for them.”

The $12 million loan was brokered by Meridian Capital Group, a leading mortgage brokerage firm. Emanuel Westfried, a Meridian broker, added, “No other lender in the country except Kennedy Funding had the foresight, or the vision, to take a Katrina-devastated property as collateral. And it only took one week from commitment to closing. They really came through in tight timing, and did a great job.”

Jerry Wallace agrees. When his Shores of Paradise development is complete, he will synergize its efforts with those of the contiguous, and well-known, Treasury Bay Casino, to the mutual benefit of everyone involved.

Kennedy Funding can issue loan commitments in as little as 24 hours, which can lead to closings in as little as five days. Available financing ranges from $1 million to over $50 million, with rates as low as 6%. The staff at Kennedy Funding is skilled in a wide range of business sectors beyond financing, and focuses an impressive amount of expertise, experience, and dedication on each loan application.