ENGLEWOOD CLIFFS, N.J., — Kennedy Funding, a global direct private lender based in Englewood Cliffs, New Jersey, announced that it has closed a $2.75 million loan to SLH Tuscaloosa, LLC. The borrower will use the proceeds toward the $5.5 million purchase of 38.7 acres of raw land along the northern banks of the Black Warrior River, which runs through Tuscaloosa, Alabama.

According to Kevin Wolfer, CEO and President of Kennedy Funding, the borrower plans to construct a 120-room Southern Living-branded hotel, along with 32 cottages available for individual sale.

“This was the first step in an exciting development, and Kennedy Funding went above and beyond to make it happen,” said Solomon Campbell, Managing Director of Chiron Financial, LLC, the advisor that represented SLH Tuscaloosa, LLC. 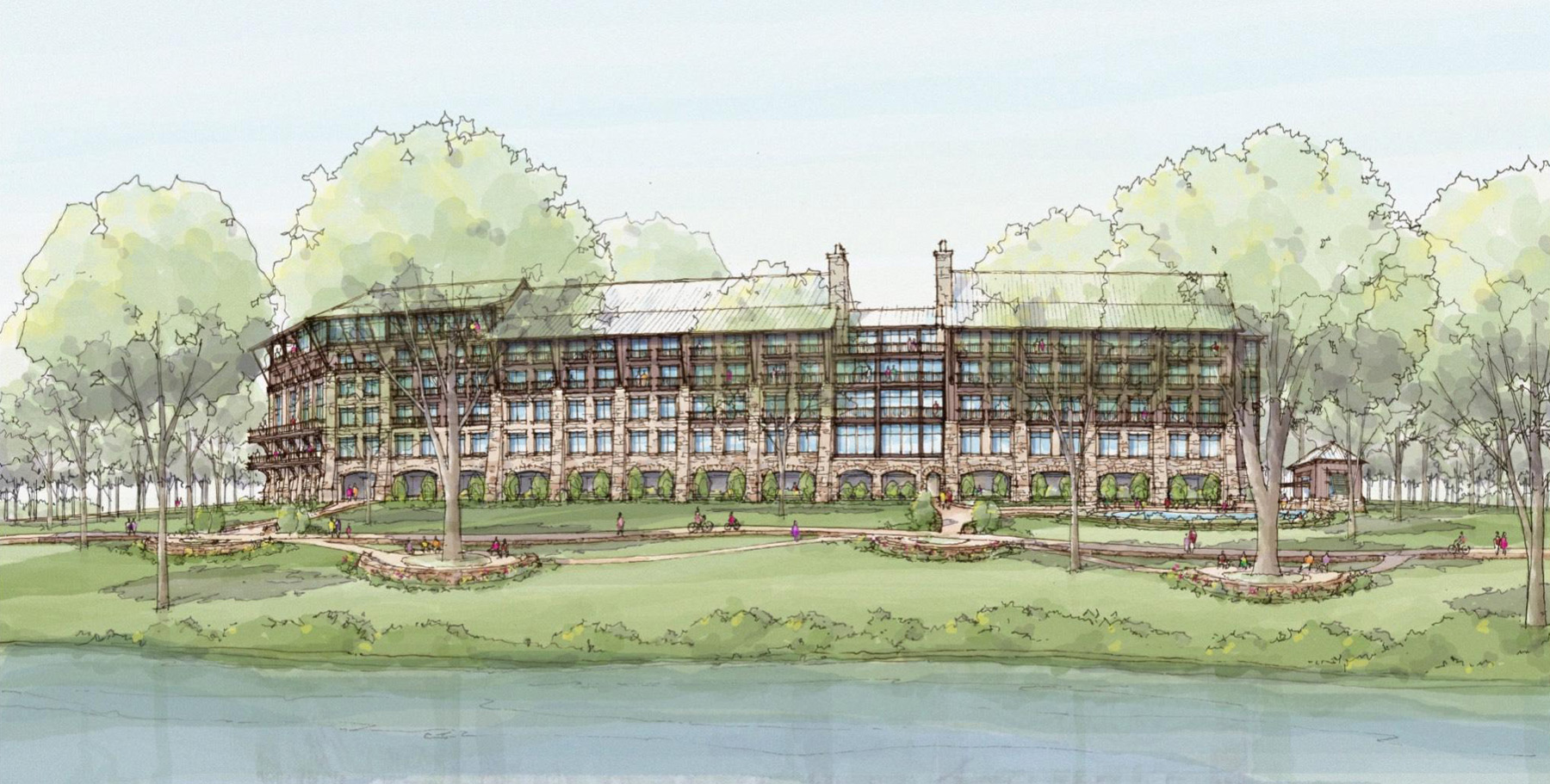 According to the developer, the 124,000-square-foot complex will include a restaurant and fourth floor rooftop lounge, developed by Birmingham, Alabama-based James Beard award-winning Chef, Chris Hastings. The site also calls for an event space for wine tastings and cooking tutorials, and The Greater Southern Bakery and Coffee House that features recipes from Southern Living Magazine. Guests will be able to access the Wellness Center, which includes massage and facial therapy rooms, a nail salon, a blowout hair salon, exercise and yoga classes, a fitness center outfitted with Peloton equipment, a pool with hot tubs and men’s and women’s locker rooms.

“The developer isn’t just building any old hotel – they are creating a world-class resort unlike any other in the Tuscaloosa area,” Wolfer said. “This campus will be a true destination for locals and visitors alike.

“Hotel financing is challenging even in today’s lending environment, but Kennedy Funding provides a much-needed alternative to conventional sources,” he said.

Wolfer explained how, after thoroughly reviewing the borrower’s plans, it was made clear that this hotel complex will meet a need in an ideal location. “We have the unique ability,” Wolfer said, “to examine every aspect of a prospective deal. We look for ways to close.”

Located at the intersection of Rice Mine Road North and McFarlane Boulevard West, the future hotel site has approximately 2,678 feet of shoreline along the Black Warrior River. The river is a popular recreation destination in the greater Birmingham area, known for fishing, boating, tubing, and paddleboarding. The site is steps away from shops, restaurants, and houses of worship, and it is situated across the river from the University of Alabama campus, including Bryant-Denny Stadium, home to the Crimson Tide football team.

Tuscaloosa is a part of the Birmingham-Hoover metropolitan area, which is home to approximately 1.1 million people, or just under one-quarter of the state’s population. The Birmingham area is home to the most diversified economy in the state, with thriving healthcare, finance, education, and service industry sectors.

“Whether for work, school, or play, scores of people come in and out of Tuscaloosa every day,” Wolfer said. “This hotel will be the hottest new attraction in a town already filled with excitement.”

About Kennedy Funding
Kennedy Funding is a global direct private lender specializing in bridge loans for commercial property and land acquisition, development, workouts, bankruptcies, and foreclosures. Kennedy Funding has closed more than $3 billion in loans to date. Their creative financing expertise provides funding up to 75% loan-to-value, from $1 million ($3 million international) to more than $50 million in as little as five days. The company has closed loans throughout the United States, the Caribbean, Europe, Canada, Central, and South America.