Working Capital to be used for the opening of new upscale eatery, the Mebane Steakhouse near Raleigh, North Carolina

MEBANE, NC – Transforming the site of a city landmark is no easy task. That didn’t deter Kenny and Elizabeth Knight. They had a dream of bringing a new eatery to the now vacant location of what was once a local favorite establishment. Their only major obstacle was securing the needed funds to make it a reality. Enter Kennedy Funding. Their land loan and the Knights’ vision has whet the appetite of people throughout the area.

Kennedy Funding LLC, a large nationwide direct private lender based in Englewood Cliffs, New Jersey, has announced that it has closed on a 2-year $1,100,000 working capital loan to Mebane Steakhouse, LLC. The loan will provide working capital to the borrowers who are also the owners and proprietors of the soon-to-be opened Mebane Steakhouse in Mebane, NC. Word has it, the reservations list keeps growing and growing by the hour. 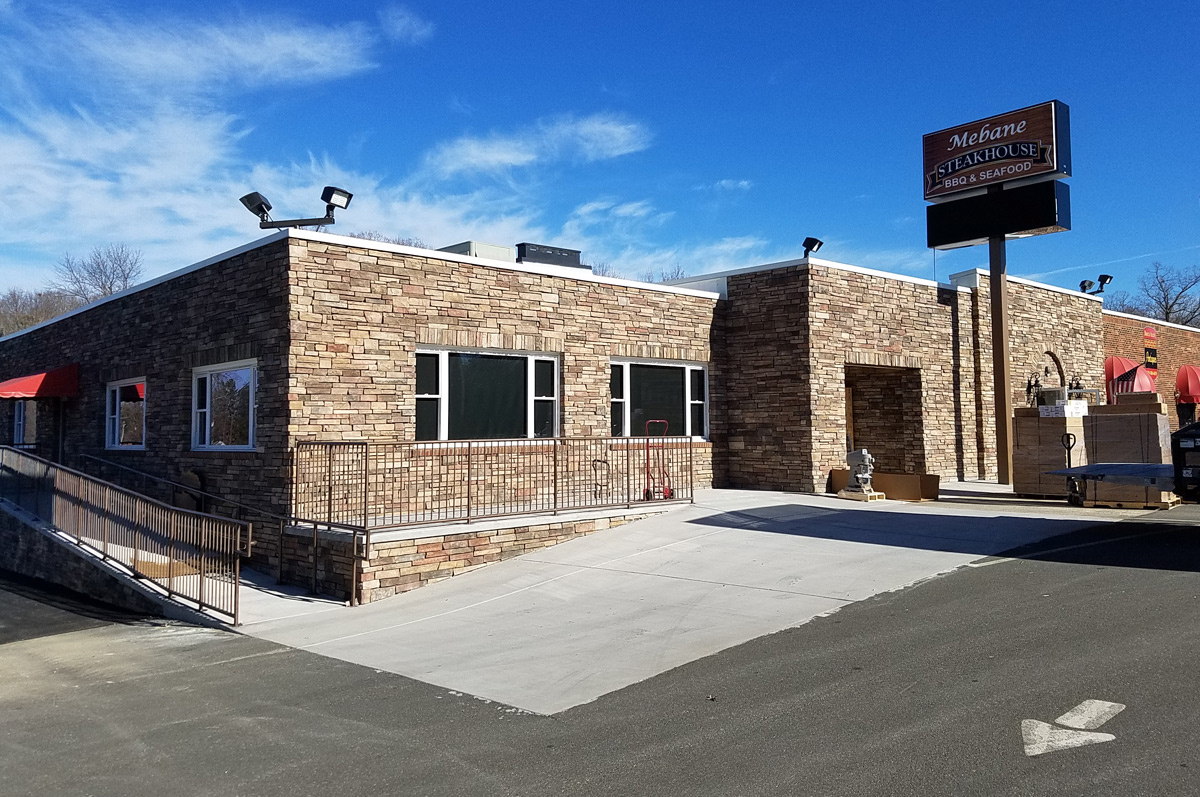 The 11,000 sq. ft. retail/commercial property, formerly the A&M Grill, a Mebane staple for more than 60 years, is located at 401 E. Center Street in Cheeks Township, North Carolina about 20 miles outside of Raleigh/Durham. When opened, it’s reported that the Mebane Steakhouse will provide jobs for close to 75 people within the community.

Lending/refinancing on land, strictly based on the value of redeveloped land, is not common. Traditional lenders, such as banks, have strict limits on borrowing when it comes to redeveloped land as collateral. As the Knights found out, it was a try, try and try again approach that ultimately led them to Kennedy Funding. The process of securing a loan initially began in the spring of 2015, but due to the nature of the purpose of the loan, the necessary working capital to get the project off the ground never came to fruition. That is until, the Knights contacted Kennedy Funding. As a direct private lender, Kennedy Funding has more flexibility in lending and is not impacted by the same regulations that conventional lenders encounter. According to a relatively recent report in Bloomberg News, direct lending funds enjoyed an uptick to a record $29.9 billion worldwide in 2014. The Mortgage Association reports that alternative lenders, including direct private lenders like Kennedy Funding, saw a 68% increase in lending activity in 2015.

Kevin Wolfer, CEO of Kennedy Funding, sees what the Knights went through all the time. “People come to us with their dreams and I’m not going to be the one who tells them that it can’t become a reality. They’ll often say to me, if only I had the working capital to move my vision forward. When they hear, you’ve come to the right place, because that’s what Kennedy Funding is all about – turning borrowers’ dreams into realities on the ground.

Kennedy Funding, one of the largest direct private lenders in the country, specializes in bridge loans for commercial property and land acquisition, development, workouts, bankruptcies, and foreclosures. The principals of the company have closed over $2.5 billion in loans to date. The firm’s creative financing expertise enables the closing of loans of up to a 75% loan-to-value ratio, from $1 million to more than $50 million, in as little as five days. Kennedy Funding continues to actively seek new funding opportunities throughout the world.