Englewood Cliffs, NJ – It isn’t often that you’ll find a lender willing or able to provide a multi-million dollar loan for a car collector’s garage.

Kennedy Funding (KFF) has announced that it had just completed a $3 million loan secured by a special-purpose property in Ohio, says Kevin Wolfer, CEO of the Englewood Cliffs, NJ-based direct private lender. The two-year, interest-only loan was secured by Club Motor Estates of Richfield, LLC, and will be serviced by KFF.

The collateral property, named Club Motor Estates, consists of 16.08 acres of land, including six undeveloped acres, with a 37,618-square-foot special purpose building at 1000 East Edgerton Road in Broadview Heights, Ohio. The property is situated in Cuyahoga County, in suburban Cleveland. 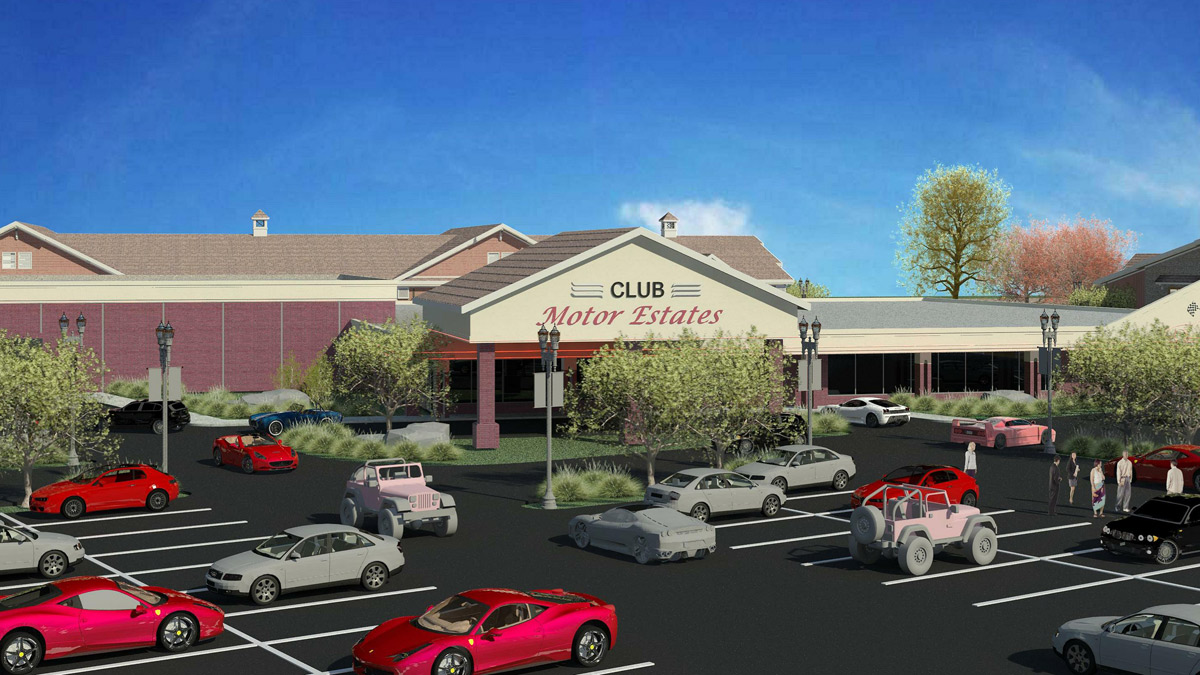 “This is a particularly unique property, a commercial condominium and club that was purpose-built for car collectors and motor sports enthusiasts,” said Wolfer. “Unique properties often find it difficult to obtain necessary financing, and we are pleased to be able to support the ownership’s financial requirements.”

“While developing homes throughout the country, I had the problem of storing my cars and finding the blend of enjoying my passion and sharing that with others,” said Jeff Badger, President of Club Motor Estates. “The concept of having a campus of many like-minded people has now been developed, and Club Motor Estates is so much more than just a place to store cars,” he said, noting the slate of year-round events and personalized “Man Cave” automobile condominiums.

Originally constructed in 1967 by a previous owner, and currently undergoing renovations, the existing assembly/clubhouse and automobile condominium building partially houses Al Koran Shriners, which occupies 3,580 square feet. As a charitable organization, the group will continue to occupy that space with free rent and reimbursement of certain expenses.

“The value-add lies not only in the site’s six undeveloped acres, but also in the fact that the owner is spending $2.25 million to renovate the existing building and construct a second building,” said Wolfer. “That effort will convert more than 15,000 square feet of the existing building into 11 garage condominiums, which will subsequently be sold at market value.

“The ongoing Club Motor Estate project will also include construction of a new 27,360-square-foot garage condominium building containing 24 units which, once completed, will total 65,041 square feet,” said Wolfer. “Also part of the project is the planned demolition of two ancillary structures, a maintenance building and a pavilion, opening the way for future expansion.”

“Working with Kevin Wolfer and Kennedy Funding has been wonderful,” adds Jeff Badger.

“We originally went down the traditional route with many well-established respectable institutions. But they couldn’t deliver. They were full of false promises. I found Kevin to be truthful, accurate and not-wavering. Integrity is everything. He delivered what was promised.”

Kennedy Funding, one of the largest direct private lenders in the country, specializes in bridge loans for commercial property and land acquisition, development, workouts, bankruptcies, and foreclosures. The principals of the company have closed over $2.5 billion in loans to date. The firm’s creative financing expertise enables the closing of loans of up to a 70% loan-to-value ratio, from $1 million to more than $50 million, in as little as five days. Kennedy Funding continues to actively seek new funding opportunities throughout the world.