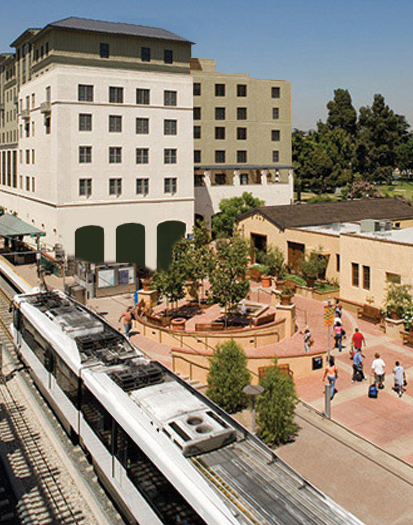 The collateral for the loan is a 5.31-acre parcel at Ten Rod Road in North Kingstown, currently zoned for approximately 200,000 square feet of mixed-use development. “The site has been granted master-plan approval as a transit-oriented development,” said Wolfer, noting that it is situated adjacent to the Wickford Junction MBTA commuter rail station. “The approval includes an increased residential density of 30 units per acre.”

“The site was acquired by the guarantor’s father in the early 1980s and subsequently transferred to the current ownership in August 2014 in a related party transfer,” he said.

The property, which has three access points from Ten Rod Road, is located in southeastern New England’s Providence/Fall River/Warwick metropolitan area, with a total population of more than 1.6 million. “This is an economically stable area that benefits from the vitality of major employment centers focused primarily on education and healthcare,” said Wolfer. “The region has wide access to skilled labor and venture capital, and this undeveloped site and its mixed uses has considerable potential in that context.”

Kennedy Funding, one of the largest direct private lenders in the country, specializes in bridge loans for commercial property and land acquisition, development, workouts, bankruptcies, and foreclosures. The principals of the company have closed more than $2.5 billion in loans to date. The firm’s creative financing expertise enables the closing of equity-based loans of up to a 70% loan-to-value ratio, from $1 million to more than $50 million, in as little as five days. Kennedy Funding continues to actively seek new funding opportunities throughout the world.