ENGLEWOOD CLIFFS, N.J. – Kennedy Funding, one of the largest direct private lenders in the United States is entering a new stage of growth. The Englewood Cliffs, New Jersey-based firm announced today that it has relocated to its own freestanding headquarters at 267 S. Dean Street in the City of Englewood. 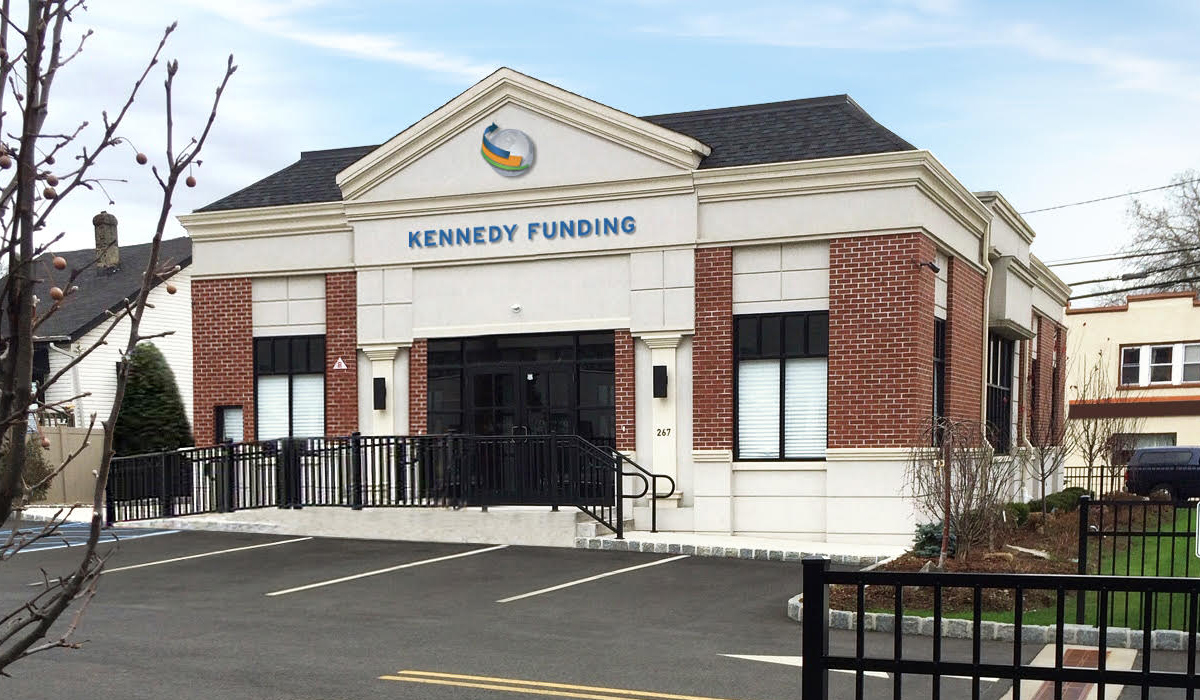 “Relocating to our own building represents a new era of expansion for Kennedy Funding,” said CEO and President Kevin Wolfer. “It is the culmination of over 35 years of hard work, growth, and success.”

“Since Kennedy Funding opened its doors in 1987, we’ve worked hard to build a reputation as one of the fastest, responsive direct private lenders in the United States,” said Wolfer.

Kennedy Funding is well known for creating specially tailored funding solutions for deals traditional lenders won’t touch. Over the course of nearly four decades, the leadership at Kennedy Funding has made the company a go-to name to help borrowers secure loans for deals of all sizes and types, including acquisitions and construction loans. The firm is well known for successfully closing loans on particularly challenging deals, including land loans, workouts, bankruptcies, and foreclosures. The direct private lender is also known for successfully closing bridge loans.

“When traditional lenders find ways to say no, we take great pride in finding ways to say yes to a borrower,” Wolfer said. “Our approach focuses on the merits of each deal, diving into the details that set up a project for success.”

Wolfer added that Kennedy Funding is highly regarded for its speed to closing, another major attraction for borrowers around the U.S and internationally.

“We can close a loan in as little as five days – a process that takes months at most banks,” Wolfer said. “Our borrowers don’t wait for weeks and months for an answer – we move quickly from the moment an application is received straight through closing.”

In recent years, the direct private lender has made waves for closing dozens of loans internationally, rare for a U.S.-based lender. The loans encompass all deal types, including land loans, and other uses for proceeds related to commercial properties, including retail, resorts, and hospitality. The firm has completed multiple deals in Jamaica, the Dominican Republic, St. Bart’s and throughout the Caribbean; Central and South American countries like Brazil, Colombia, Belize, Peru, Canada; and Spain.

“The complexities of international lending make this sector an impossible one for lenders to navigate, but over the years, we’ve developed the right relationships to help borrowers secure the funding they need for lucrative opportunities overseas,” Wolfer said. “Kennedy Funding is truly singular in that regard, and that shows in our track record abroad, which is the longest and most robust of any U.S.-based direct private lender.”

Kennedy Funding offers loan amounts from $1 million to $50+ million, with up to 75% loan-to-value (LTV). For more information or to begin an application, visit www.KennedyFunding.com.